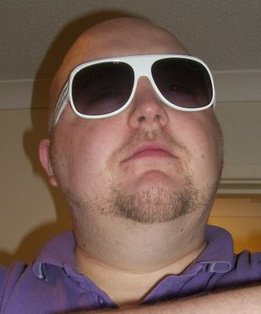 IPHONE:
+ Some of my mates have games on there that look pretty mega. Conversions of popular board games etc...
+ Maybe considering getting an iPad too, assume that would be a good thing to have both?
- Most expensive option of the three looking at tariffs.

HTC/ANDROID:
+ The wife has one and says it's better than an iphone, so who am I to argue?
+ Her camera is amazing, no experience of using an iphones so can't really compare.

INTEL phone:
+ I assume its megafast, don't really know what the other benefits are?

Someone please educate me! Any pointers about iPads welcome too!
Posted by dode74 on 2012-07-23 10:14:03
Samsing Galaxy S3 here, had it since release and it's superb. Very fast quad core processor, superb screen, battery life is measured in days (I'd not recharged since Friday and was on 68% this morning) and good product support. The size is surprisingly ok - you'd think it would be too big, but it's think enough that the size doesn't really matter. Works easily with any Google app you like (Gmail, calendar etc). I pay £36 a month with Orange and the phone was free. HTC is also a good brand (had a Desire before this) and I would recommend. Doesn't really matter which one as it's all about the OS. HTC One X has got excellent reviews.

I also have a Motorola Xoom (which was free, so I'm not complaining). Nice for e-reading, some games, and watching movies, and I got the WiFi only one as I tether it to my phone for internet access should I need it.
Posted by ultwe on 2012-07-23 10:38:08
Review of the San Diego (Intel)
http://www.reghardware.com/2012/07/04/orange_san_diego_intel_based_android_smartphone_review/


Strongly considering getting it for myself, not 100% sure yet.

When I got my Iphone 3 months ago... OMG. I had no idea what I was missing.

I loved HTC, so agreed there is no wrong answer, but the Iphone is just awesome.
Posted by Fela on 2012-07-23 11:14:43
How much are you considering getting an iPad? If you get that you can run your software purchases on both, which would be a strong point.

If you decide for the iphone it might be worth waiting a few weeks as the iphone 5 is due, which might be more interesting. Even if it isn't it's going to lower the current iphone's price a bit.

The Intel looks interesting, but it's the first I hear about an Atom smartphone over here. That they're not pushing it on all markets is not a great sign IMO.

Regarding Android the Samsungs are certainly better than HTC's, personally I like Sony (+/- Ericsson) since they have a good update policy (just got ICS for my xperia pro) and a few interesting models with slidable keyboard. I absolutely hated typing on that touchscreen.
Posted by blader4411 on 2012-07-23 11:26:07
I would avoid the iPhone 4S, because the iPhone 5 is due out this year, so if you really want an Apple Product you should just wait a couple of months for a better one.

Currently the Samsung Galaxy S3 leads the pack regarding Android, and there are some nice deals for it (as its been released on pretty much every major carrier, leading to competitive prices).

As for the Intel phone, its really not that great (essentially a Dual-Core handset running an outdated version of Android). You're better off sticking with Samsung, or HTC.
Posted by Purplegoo on 2012-07-23 11:27:54
I have an S2. Superior to any iPhone, and I can only assume the S3 is even better.

The only two things the iPhone has going for it is a better screen (smaller but it's more tactile, dunno if the S3 has closed the gap, not done the research) and the nerd game apps. Android can't compete on the nerd app front, since their consumers probably wouldn't pay. ios is probably better if you don't want to do anything with your phone, if you do it's a bit basic.

I've an iPad and an Android phone. They speak via one extra step dragging and dropping stuff on windows so no hardship.