Group managers: The_Murker
.
.
.
.
"The Purple Dolls elf league is a casual group practising their elf game against other elf coaches. An open and unscheduled league, play other group members often and whenever you want. Please join!"

Create up to 4 elf teams per season, only one of each kind. (Pro, Wood, High, and Dark Elf teams)

Each new team created for the league must have the [PD-I] suffix at the end of their name in order to join. (stands for Purple Dolls-Season One) Season Two will be [PD-II] etc. See other group teams for examples.

Play other teams in the Purple Dolls league as often as you like.

The league leader/winner will be the coach with the best wins/loss record.
(win = 1 point, loss -1 point, tie = 0)

The seasons are 6 months long, beginning at 12:01 a.m. June and December 21st. (Season 1 begins NOW!)
Each season winner gets his or her initials on the Solstice Shield.

At the end of the season the top 5 coaches, and 3 others will enter an 8 man knock-out tournament with their favorite team to win the Purple Cup. The other 3 coaches will be: A) most games played, B) Most wins, C) Fan favorite, as voted by the group members. If anyone qualifies twice, the group will vote a second favorite instead. 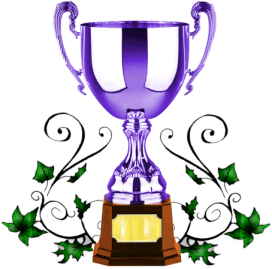