52 coaches online • Server time: 10:57
* * * Did you know? The player with the strongest arm is Cherrystone Hotpack with 5758 yards passed.
Log in
The_Murker
Last seen 4 hours ago

This is a league of 18 high TV teams using the HUMAN roster, with custom icons, and an NFL style draft at the end of every season to bring in interesting new skills and talent.

You can move your new team to any city or town in the Old World, and give them a new name, logo, and set of icons.

Here is the team that needs taking over: 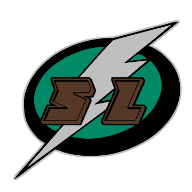 This is one of the bigger and scarier teams in the league, and they are a good candidate to make the play-offs in Season 2, which has just begun.

In this draft league, all teams are reset to zero after 4 seasons, we run a new draft, begining a new 'age'. This keeps anyone from getting too far ahead or behind.

The league uses the DISCORD chat program to keep in contact, send messages and announcements, and generally give each other a hard time.

Contact me, or the commissioner chimp2010, if you are interested in joining. Thanks!
Posted by DonnyRainboe on 2020-06-22 21:21:47
Cool graphics! I might join. I'm trying to finish one last sprint in the box with Humans. Leagues take up so much time and I get emotionally involved with players. Drafting sprites does interest me.
Posted by The_Murker on 2020-06-22 21:59:17
A human league! Right in your specialist area.